The BJP cries foul as the Baghel government scraps a rule granting pension to Emergency-era detainees. 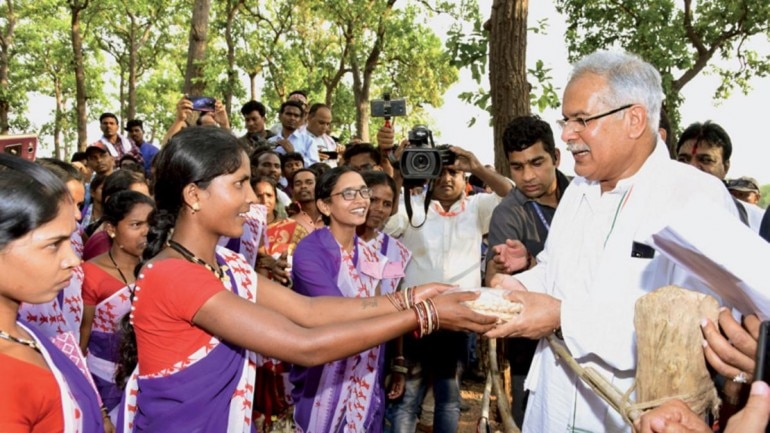 IN THE EYE OF A STORM: Chief Minister Bhupesh Baghel at an event in Bastar.

The Congress government in Chhattisgarh has scrapped a 2008 rule that entitles a monthly pension to those detained during the Emergency (1975-77) under the Maintenance of Internal Security Act (MISA) and Defence of India Rules (DIR). While the opposition BJP has criticised the move as anti-democratic, Chief Minister Bhupesh Baghel says the pension funds will be channelled into development work.

The Baghel government’s decision comes within weeks of over a hundred beneficiaries of the scheme securing a verdict from the Chhattisgarh High Court for resumption of their pension. The state government had suspended the payments in January last year, calling it political largesse by the Raman Singh-led BJP administration, and ordered a verification of all beneficiaries. The high court struck down the suspension in December.

When enacted in 2008, the Loknayak Jaiprakash Narayan (MISA and DIR Detainees) Samman Nidhi Rule provided for a monthly pension of Rs 3,000 for those incarcerated during the Emergency for less than six months. Those who spent more than six months in jail were eligible for Rs 6,000 a month. By 2017, the pension had been revised to Rs 25,000 per month for the 320 beneficiaries, most of whom come from BJP ranks. The scheme costs

Last year, neighbouring Madhya Pradesh, also ruled by the Congress, had suspended a similar pension scheme at around the same time, only to resume it within two months after a verification of the beneficiaries. An estimated 2,000 people receive the pension in MP. Among them are top BJP leaders, such as former chief minister Shivraj Singh Chouhan and former ministers Sartaj Singh and Ajay Vishnoi. The state government spends about Rs 60 crore annually on the pension scheme.

Rs 9.6 crore Annual cost incurred by the Chhattisgarh government on the pension scheme

Chhattisgarh advocate general Satish Chandra Verma defends the Baghel government’s decision. “The detentions made [during the Emergency] were as per the prevailing laws. These detainees are not freedom fighters. If they are honoured for breaking the law, governance is bound to suffer.”

BJP state vice-president Sachidanand Upasane, however, decried the move as an insult to those who had stood up to uphold democracy during the Emergency. “The Congress government in Chhattisgarh has been against this pension from the beginning. Its decision smacks of vendetta and is also in contempt of court. We will challenge it legally,” said Upasane, who is also national vice-president of the Loktantra Senani Sangh, an outfit whose members include political detainees from the Emergency period.

Get real-time alerts and all the news on your phone with the all-new India Today app. Download from

This Cryptocurrency Will Guarantee You up to 11% Interest Each Fortnight

Bitcoins Jumps Its Record In 2020 And Reached New Heights

Apple Is Introduction A Mentorship Programme For First-Generation college students In...

Tesla Is Going To Start Its Operations In India In Coming...